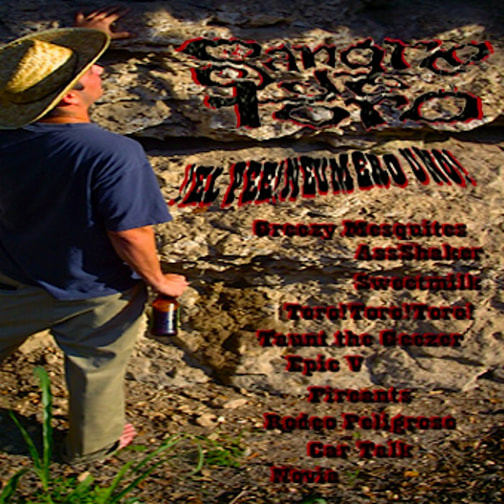 The Album was recorded at the original Sweatbox Studio location, downtown Austin, back in 1998. Back before 'digital' took over the recording process... and back before 'protools' or easy and powerful fix me ups getting done during the mixing process. Recorded to nice juicy, thick steak, er, analog tape. 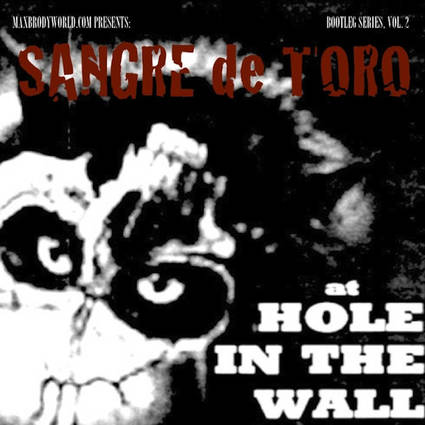 This was recorded live at a club in Austin, TX. in 1998, and includes several songs that never appeared on any of their studio recordings.
Copyright 2014 Sangre de Toro. All rights reserved.
released October 14, 2014

In going through my old video tapes this month I found footage of a Sangre show at Emos in Austin, Tx. where we played with Zulu as Kono and Zeni Geva, on August 13th, 2001-- a sweet lineup, I might add!  I was especially happy to find two of the songs, the first being "Lil Big Thug", since it never ended up getting recorded in the studio and was one of my personal favorites;  and then "Urban Hermit", with Josh Chalmers appearing on bass, which was cool since that was the only live performance of the song from a spin off project I did called TAXI CRAB NEBULA.

I hope you enjoy this incarnation of Sangre de Toro with Julien Peterson on Bass.  Julien is an awesome musician who has been in several top-notch Austin bands playing various instruments.  When I think of Julien I think of Brown Whorenet and Churchwood, but there are more...  this has to be one of his last performances with us, before we transformed into AREOLA 51...

I recently dug into a bin of VHS tapes and ran across one with a sticker on it that says “Sangre De Toro live at Blondie’s sk8 shop.”   Blondie’s was a skate shop in Austin, Tx. that used to be located between 5th and 6th streets near Lamar, near the old Electric Lounge, back in the mid 1990’s.  I am guessing that this show was from 1997, but I could be wrong.  Blondie's eventually became Teknar and moved closer to the university campus.  Back then though, back when Austin was still pretty wild and loud house parties with bands frequently still happened without getting stopped by noise complaints or whatnot, just about every week Blondie’s would throw a big keg party and have bands play in their store, turning the place into a madhouse.  It was still kinda the early days for me in Austin and Stan was in the band on bass.  There would be plenty of people all over, getting tippy and skating all over inside and outside.  We used to love that place and played there many times.  There was no pay, but lots of beer and fun and people.  Watching the video, I was transported back to those days...a happy feeling.  Life is so much more complicated for me now.

The sound was pretty so-so, but we played decently well and It was interesting (to me) to note that the view out the window behind the band to the street was completely different nowadays.  None of those buildings nor the field across the street even exist anymore, except maybe the skyscraper in the back.  In fact, the building that was Blondie’s isn’t even there anymore.  Yup.  Doesn't seem all that long ago to me...

Then, suddenly, Biscuit from the Big Boys, comes up on stage and sings “Bagboy”.  My eyes widened.  I realized I had the only copy of the only live performance of that song complete with Biscuit!  I directly took the video tape and transferred it to dvd...so there were two copies, at least.   We all miss Randy Turner, and any scrap of footage with him in it is worth preserving.  R.I.P. Biscuit...

So now, from that set, I have 3 numbers for you to check out:
Queequeg
Bagboy
Jim Hucks 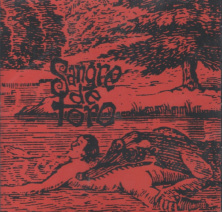 I had been in Euripides Pants for a while and one night I went out to go see Rey’s old buddy from Scratch Acid, Brett, play guitar in his band called Sangre De Toro.  It was a 45 single release party, and having enjoyed the show, I bought a copy of the single.  One side in particular ‘Rise and Shine’ really got my attention since it was an instrumental, epic, progressive rock kind of tune.  I wanted to see them perform again, but months went by and I never saw them listed to play.   I asked Rey, 'whatever happened to Brett’s band', and he informed me that their drummer had suddenly left town without even saying goodbye to anybody, and they are searching for a new drummer.  Stunned, I asked him for Brett’s number.  I called Brett and basically informed him that I was Sangre's new drummer! hahaha!  He said he didn’t realize that I even played drums...

I tried out.... and it was as good of a fit as I'd hoped.  So, I joined up and after a couple weeks of rehearsals I played a show with them.  Ironically, one of my favorite bands from Seattle (that I also happened to know) was the opening band called Sleepcapsule, so it was really funny to see them that night when they realized that they were opening up for MY band...After only one show with the old bass player, though, he decided to move to Oregon and quit.

Needless to say, Brett was bummed.   So, I suggested the bass player that I had moved from Seattle with, Stan, to take his place.  He was not the greatest bass player, but he was good and very enthusiastic to be playing, which meant that he worked hard to get his parts down.  Stan lasted for a few years with us, and through the recording of the "Hold Yer Breath" ep CD that we recorded down at the old Sweatbox Studio downtown Ausitn, as well as our "Sleepless Itchybutt Tour of the US" in 1997.  Sometimes I miss old Stan.  He was an interesting dude, with a hilarious sense of humor.  And we had moved down to Austin from Seattle together in '94, after having been in a couple bands up there, '91-'93.  But one day I canned him.  I had had it with certain parts of his personality; a certain lack of confidence that really frustrated me, since I thought I knew what Stan was capable of.  Anyway...I put Brett in the awkward position of choosing Stan or Me.

Sometimes I can be a stinker...it was awkward all around.  If I could, I'd try to patch it up with Stan, but there has been no contact since then.

Having been the guy to fire the bass player, though, I was charged with the task of picking a new one.  So, I searched about.  I wound up finding us Julien Peterson, who was also the bass player for the band Brown Whorenet, another fine Austin band.  He was a very excellent bass player with stage presence and aggressive playing, so suddenly we got quite a bit better.   In 1998-1999 we recorded our full length lp and finished it just as Julien up and decided to quit suddenly for no particular reason...at least that we ever knew of.  Suddenly, that LP was shelved and never saw the light of day...but will be soon on this website.

In 1999 I was also asked to join Ministry, but after its '99 tour was done, Brett and I regrouped Sangre.  Only this time, feeling that we had to continue our trend of trading up, we got Jeff Pinkus (Butthole Surfers) to be our bass player, started writing and recording some new songs, and decided that the sound of the band was changing a little with Pinkus helping to write.  And since there were other bands named Sangre De Toro out there (at least one in California, one in Spain that we knew of), we decided to change our name to Pinkus’s email address, which was Areola 51 @ something or other.com.   So, that was the "end" of Sangre de Toro, the beginning of Areola 51.