At long last I have gotten the third LP finished.  It was started in 2002, back when Barker and I were still in MINISTRY together, and it was shelved several times after he quit...but it would never let me let it go.  I've gone back to it over and over for years knowing that it really ought to get done and released.   So, I hope you enjoy "Cubed", the 3rd and final PINK ANVIL album.  Below are some pictures from the sessions. Three studios were involved:  Frumunda (my place), Flowering Blight (Barkers house) and Sonic Ranch (Tornillo, TX). 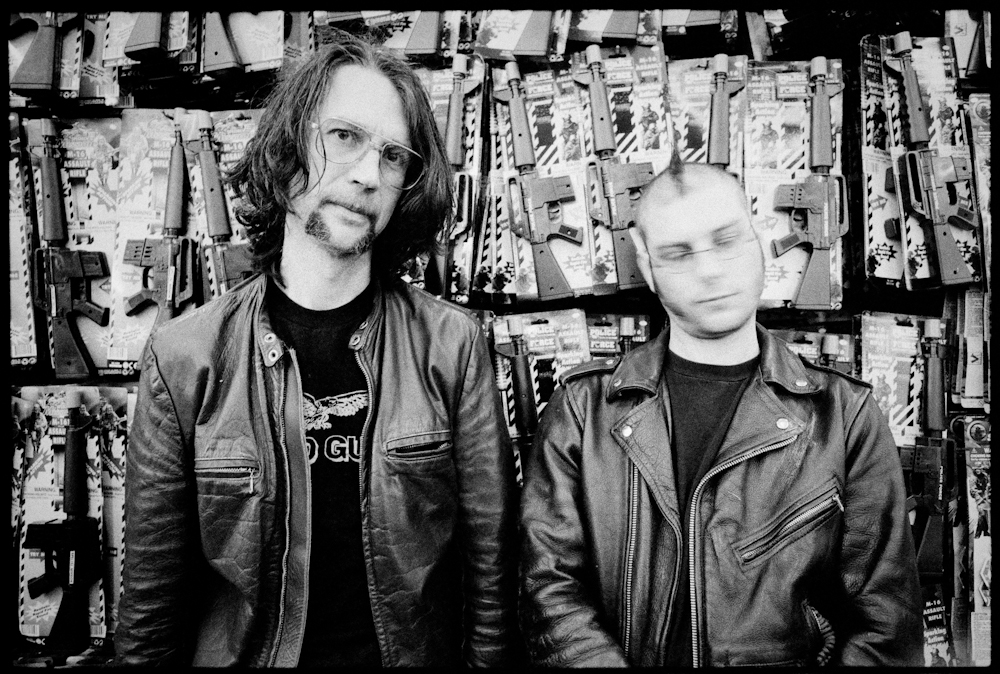 Happy Halloween everyone!
Originally out on IPECAC records in 2003, this little gem was the first release by one of the worlds most unanticipated bands.  Now we celebrate the 10 year anniversary of this unique performance. 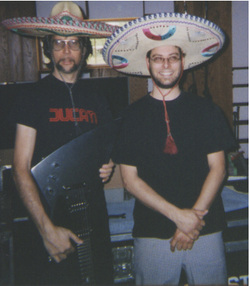 Pink Anvil spun off of Ministry for two reasons.  First of all, back in 1999 after the ‘dark side of the spoon’ tour, otherwise known as the C.L.I.tour of the US, everyone in Ministry quit the band save me and Barker.  For the next year Al was still very sick with his last year or so of having an incredibly nasty drug habit.  Barker was depressed and I was all excited and ready to work.  I kept urging Barker to work on writing music with me...which had a moderate effect... until his wife joined in and told him to get over it and write some music and who cares what its for or if Ministry uses it or not.  So we did.  I used to go to Barkers house 2 or 3 times a week to work on stuff.  The idea of using songs that Jourgensen didn’t want to use for Ministry for a side project started to become a good option for a bunch of what we were coming up with and kind of freed us up to do whatever, instead of the pressure of only working on stuff intended for Ministry.
Then one day, Barker told me that he had been invited to perform at a rave for Halloween by Dave Palmer, a musician friend of Paul’s that played in the Earl Harvin trio.  So, this would be the second reason for our becoming an actual, sort of a, um, 'band'.  With one month to prepare, we picked up the pace of our work and came up with a set’s worth of material and performed (and recorded) the show, at first calling ourselves “Flowering Blight”.  We then changed our name "...to something else", at Mike Patton's request, and came up with the name Pink Anvil.  And so were immediately signed to Ipecac Records, Mike's label.

One year later we were asked to play at Ipecac’s New Years Eve bash in San Francisco.   We accepted that challenge in the same way, compiling a mountain of samples that Ministry would obviously not use into a sets worth of music within the span of about a month, drove out to San Francisco and played the concert along with Mondo Generator, Kid 606, Dillinger Escape Plan, Melvins with Jello Biafra, Isis and us.  We had hoped to release that show as a cd as well, but Ipecac was not interested.  It still sits on a shelf, unreleased.  Later I continued to work on new Pink Anvil stuff, but Barker’s interest was slowly waning and he eventually quit both Ministry as well as Pink Anvil and just took some time off.  He did help me on our third set of songs, just not nearly as much.  His dad had just died, after all.  I think he just needed to reassess his priorities.  We are still friends.
Powered by